Silver Dragon who looks after orphans and outcasts

Abraxathana was sold as an egg to a cabal of wizards who attempted experiments on her to create a new race of dragons. They were unsuccessful and every clutch of eggs was either sterile or lethally deformed. Eventually, she escaped and formed a lair upon a suitable cloud.
As a result of the experiments, she became emotionally scarred. She became obsessed with protecting and raising young humanoid children that had been abused or abandoned.

She would seek out and bring young humanoid children that had been abused or abandoned to her cloud lair to raise as her own. The cloud lair was complete with aerial gardens and buildings to live in. She would craft items and (in humanoid form) trade them for food and supplies for her “children”. As the humanoid children grew up, she would return them to the ground, where most found the lands of the fey more compatible with their upbringing.

When dealing with humanoids, she tends to take the form of a beautiful female member of the appropriate species; however, every form has long white/silver hair, cold blue eyes and she dresses in mithril. 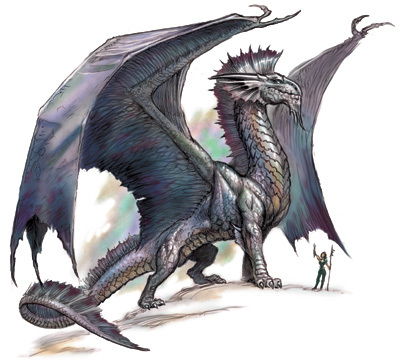