Caswallon Dwgan “the Green” was a Druid long before the Giants came. He is older then Gwenllian and could have been Arch Druid. He was well-known for his affinity with dragons, especially Green Dragons, as well as his opinions that Geoff needed to remain pure, especially in terms of religion. He did not like Owen’s ascension to the position of Brenin, as he was far too influenced by outside forces. Caswallon was suspicious of any connections with the Fey as well, and he and his group of followers began distancing themselves from other members of the Old Faith.

When the war came, everyone believed Caswallon and his followers had succumbed to the Giants. Instead, they walled themselves inside a series of Steadings in Gwyrth Bryn, near the Barrier Peaks. There, Caswallon and his people fought Giants and studied the old ways, looking for a way to save Geoff. In the end they had little impact, but Caswallon and his followers collected lore from all over Geoff and the Sheldomar. He also began following a path he called the Road of Purity, or Ffordd Purdeb. It hinged on a quote of Llewellyn the Druid King, where he mentions that the Gyri “…must remain pure and unblemished by the dark world around them…” Slowly Caswallon took this to mean everything non-Flan and non-Human. It was not and is not an attitude of hate; Caswallon believes that Suel and Oeridians and elves are not bad or worthy of contempt, but that the land calls the Flan and calls for them to be pure. Only his inner circle knows the full extent the Ffordd Purdeb. Most believe that Caswallon just wants to transform the country. He does, but in a much larger way.

Caswallon is well on his way to proving the validity of his vision fortold by Llywellyn the Druid-King. He is searching for clues to reviving the ancient powers of the Land and returning Gyruff to a time of peace and prosperity… but there are those within the Old Faith who do not share his vision.

Killed by his daughter Maelan merch Caswallon after he defeated Llewellyn and decided he had been too extreme at the end of 617. 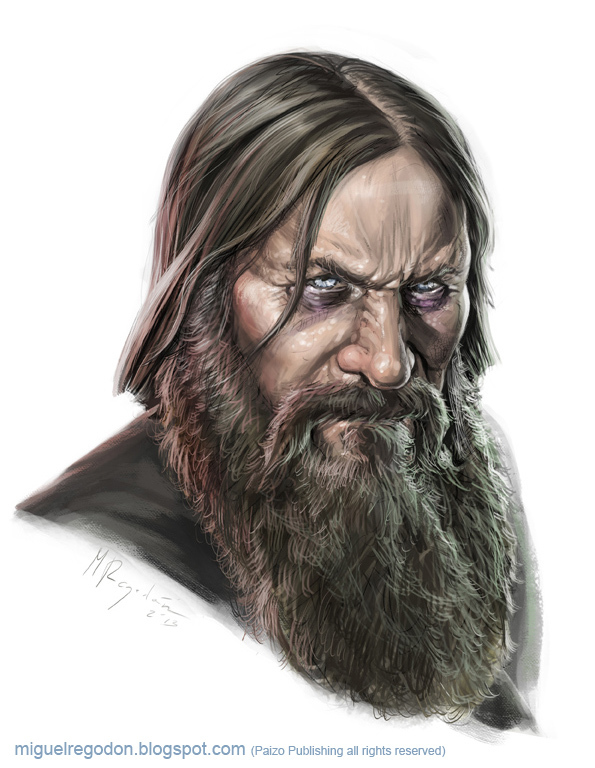