Delyth is of medium height and thin but solid build. She has piercing green eyes and auburn hair that, though cared for, is never quite in place. She wears brown leathers mostly which are very functional and not stylish in any way (from a “society” point of view).

Though she carries a scimitar like most Druids, she rarely uses it. Her preferred method of combat is a transformation into a large beast, or using magic to summon the same (sometimes both).

In her down time she can often be seen carving small wooden toys or other objects.

Delyth merch Karwn, born in the Lea to a farming and herding family. Her mother was a minor cleric who worked as a healer and herbalist while her father and brothers tended to the farm and small herds of various animals.

Delyth had shown much interest in animals and nature, learning much about both those on and around the farm, and talking to Druids and Elves from Oytwood. Her parents wanted her to put silly thoughts out of her mind and find some nice local boy to settle down with. But Delyth, being very strong-willed and independent, had actually started studying in secret with small group of Gyri Druids who lived in the area.

Delyth’s parents were trying to arrange a marriage to a boy in Pregmere; actually the son of a Peer of the Realm so quite a social step up, because the parents had been friends when young. All this while Delyth was forming a relationship with an elf boy – again in secret – and learning more about the ways of nature and animals.

There was little time to worry about such things when the invasion hit. Her father, and two brothers immediately took up arms as their lord demanded, not really knowing the extent or severity of the invasion. Delyth and her mother fled East to Keoland to stay with some distant relatives.

It was a terrible few years as Delyth and her mother had to live off of the charity of the Keolish who had little pity for them. Delyth met some Druids in the Gyri refugee camps and continued her studies as they tended to the Gyri people. Though hardly classical Druidic training Delyth learned well and chose Beory as her patron.

Upon “graduation” she took the moniker “Buckthorn” which is typically a male term but she thought it made her sound a little tougher.

Eventually Delyth and her mother Karwn heard of the opportunity to move into the downlands. Karwn took on a support position with Kialla’s army as a nurse and healer, while Delyth decided to go to Aberglain to help resettle. 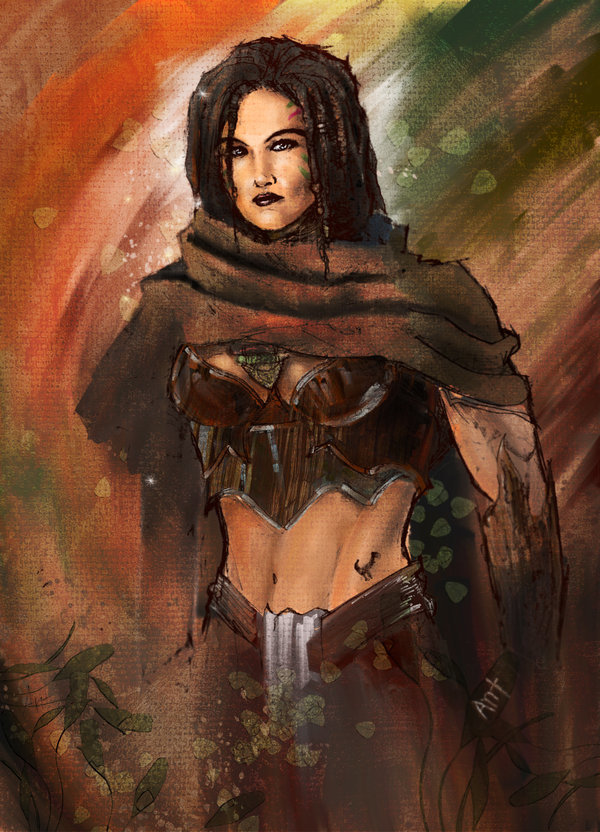