Usually lurking in the shadows, Dentrack usually observes or contemplates, offering his views to others often only when he is needed. He is tactical and sneaky in battle, picking off the weak, weakening the strong, or kills right off the bat.
Dentrack is mutual with most although he has become friends with the allies he mainly travels(ed) with, such as Jagr and Dasut, along with others of draconic heritage such as Astra and G-Zo.

Dentrack was born an orphan somewhere in the Oytwood at an infantile age, with the first years of his life being a constant struggle for survival although gaining more proficiency in the art of stalking and ambushing as time went on. By the time of his early adolesence he would then be noticed by Ageineaxth, the ancient Green Dragon of the Oytwood who would decide to let Dentrack live, naming him so and training Dentrack in his draconic traits such as his breath weapon.

This mutal benefit significantly improved Dentrack’s skills as he would then stay in the Oytwood for the next two decades, however as time went on he had become more and more curious of the outside world. Despite Ageineaxth’s frequent warnings, Dentrack’s curiosity would eventually peak and he would one day follow a hunter and his pets who he had seen on the outskirts of the Oytwood and travel to a town (Mellit’s Wharf) whilst hiding his abnormality with a recently equipped cloak. He begun to explore, yet with no knowledge of personal property he ended up stealing a knife he liked and was caught and charged by the Town Guard for stealing. Confused by the concept, Dentrack simply resorted to simply stealing the knife again at night. A fellow rogue however had noticed Dentracks theft, and being impressed with his skills, he recruited Dentrack into his band of theives.

Dentrack had stayed with the theives for a year until he ended up being assigned by them to track a fellow rogue into Agenineaxth’s lair, and with the fear of failure looming over, Dentrack went through with the assignment. However once he got there he unfoturnately lost track of the rogue but ended up noticing that not only were his belongings gone, but one of Ageneieaxth’s prized treasures. It was too late to explain however as the anceint green dragon then attacked, Dentrack only barely managing to escape the dragon’s warth. Later after leaving the Oytwood and running for the hills, Dentrack then noticed that he had somehow equipped a tooth of Ageineaxth’s, which he would decide to keep, fashioning it into a dagger.

With his misson failed, Dentrack couldn’t return to the rogues, so with nothing to lose he had decided to go out on his own. 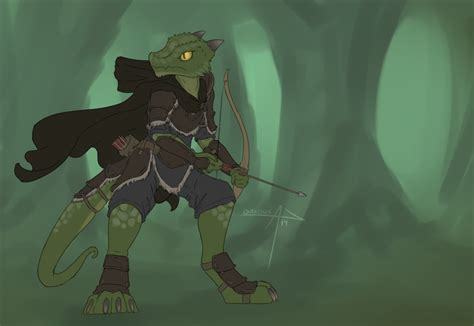