Gleek the Mighty is a gnome warlock. He is whimsical akin to the his patron the Archfey and above all else wants to make friends even in combat although not always for both parties benefit.
Gleek journeys with Dentrack, G-Zo, Dasut, and others.

Born into an ordinary gnome village, Gleek was the most curious out of the batch. At night time Gleek would often go into the night and would return the next day with interesting and eye grabbing treasures, which while abnormal gained him a healthy reputation amongst his peers. The gnome would continue this trend, going further and further outwards of home, until one night he discovered a group of wandering Archfey.

Whimsical as they are, Gleek hit it off with the Fey, while also becoming more and more interested of their powers; which he expressed to them. Fortunately the Fey were happy to grant them a portion of their power, rendering him a warlock, and as to express his gratitude Gleek promised to give them some of his treasures he would find in the future once they crossed paths again.

Once Gleek returned to the village and showed off his powers he became a folk hero and reached the peak of popularity, receiving many praises. Gleek however thought that at this point, with his powers he could become more then just a town hero, but someone that could benefit the entire world. With this in mind, Gleek ventured off his home, and journeyed into the world. 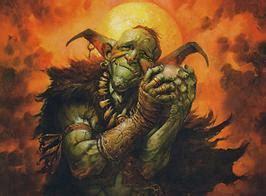