The llwyres for Cymeravon. Sierra Blackblade is a tall, striking woman with white hair. Her deep blue eyes and some whisper she has the blood of the fey in her veins at some level. A small scar runs across her left arm, adding a flaw to the degree of beauty she possesses. There is a kindness in her eyes, as well as a sterling quality to her bearing. Sierra prefers flowing dresses of light grays and pastel blues, and she wears the torque of the house of Cymeravon her head, a small circlet with emeralds.

Since regaining her paladinhood and will to fight, she now rides Abraxathana, the silver dragon, into battle.

Sierra nearly died at the Fall of Gorna but a loyal friend rescued her, lashing her to a horse and sending her away. It is unclear if Sierra abandoned the use of martial arms after that event due to a curse or a vow, but Sierra became unwilling to heft a weapon, even in her own defense. In the years following the occupation of Gyruff, she has turned to getting supplies for the refugees, bartering with the nobles of the March and Keoland for support.

Sierra’s most controversial decision to date has been her accession to the annexation of Hochoch and Arweth by the Gran March. Even though she acted under protest and extreme pressure from Commandant Magnus Vrianian, some Gyri feel Sierra Blackblade has betrayed them all.

On Readying 21, 585, Brenin Rhys ap Colwyn appointed her Minister of Defense, in charge of the armies of Gyruff. 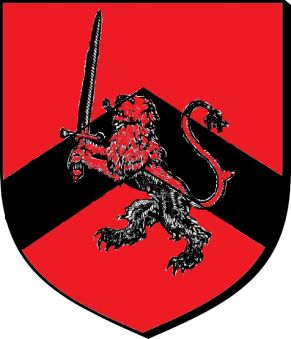 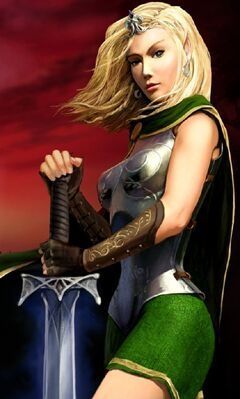