Bard expert on the Ways of the World and Fey

Pwyll of the Verdant Ivy is an Old Lore Bard and especially knowledgeable in the way of the Fey. He is of Flan descent, handsome with a twinkle of mischievousness in his eye. His hair is a deep, rich brown with a slight curl to it. His instruments of choice is the mandolin and the harp and he is usually armed with a longsword and a bow.

Pwyll is wise in the use of the Ways of the World, a magical means of transportation used by the Old Faith Druids and Old Lore Bards. He also has significant relationships with the fey and has visited Faerie often. He knows many tales and legends and enjoys telling stories. He also likes female attention and flirts near constantly. He has a number of passing love affairs but no one has captured his heart. 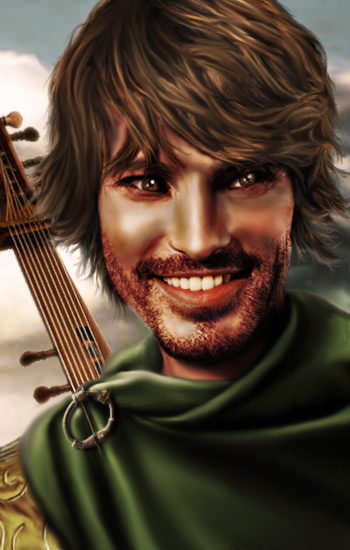